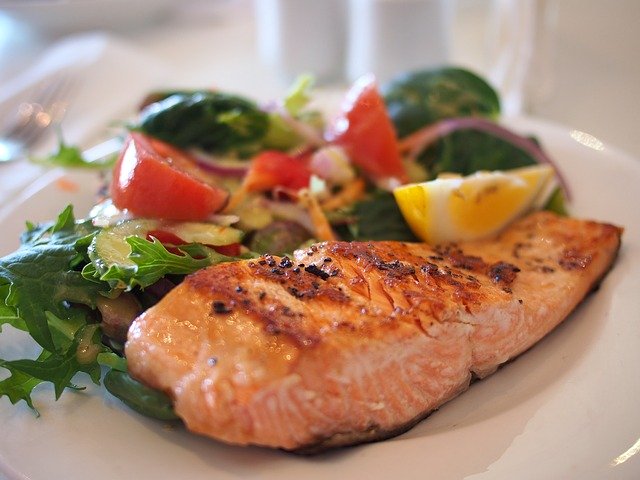 What can we find in salmon? The unique taste and high content of omega-3 fatty acids, whose beneficial effect on health, primarily on the functioning of the cardiovascular system and the nervous system, has been tested and proven. How to cook salmon?

How to cook salmon – first steps

Salmon is the most commonly consumed fish in the world. It can be eaten raw in sushi, fried in a pan, but also smoked and served on a sandwich with cottage cheese and dill. It’s hard to find anyone who has never eaten salmon, and even harder one who doesn’t like him. Salmon on the restaurant’s menu is a commonly ordered dish. However, many restaurants make basic mistakes when preparing this dish. How to fry salmon so that it has a perfectly crispy crust, but remains moist and juicy inside? It turns out that you can do it in your own home.

How do you choose the right salmon?

Salmon is tasty only when it is fresh, juicy and soft, only lightly heat treated. It would be ideal to buy the whole fish, scrape it, fill it and remove the bones yourself, and then divide it into the corresponding portions. Fillets available in popular stores are prepared quite carelessly, they have the remains of scales that exterminate the knife and fall between the teeth – it is very difficult to remove them from a small piece. We will often find bones in them, and if not, even holes after brutal removal. When you choose packaged pieces of salmon, make sure that there is as little abdominal tissue as possible (it is oily) and avoid the caudal part, which is pressed next to the fillets (it is harder, more rubbery). Aim at those without any damage, with evenly distributed fat separating shiny meat.

Salmon must be perfectly prepared – it should be filleted, scales removed and tweezers thoroughly removed. When we have the piece of fillet ready, we must remember to dry the meat before frying. To do this, put it between two pieces of paper towel and press lightly. Wet skin causes the fish to stick to the pan and smash when removed. Season the salmon thoroughly with salt and pepper before frying.

Warm up rapeseed oil in a frying pan. It is very important that the oil reaches a high temperature (180 degrees). If it is too cold, the salmon will start boiling in it and the skin will immediately stick to the pan. However, we do not want to fry fish all the time at such a high temperature. Just before putting the salmon in the pan, we reduce the fire by half. Like any fillet, we start to fry salmon from the skin. At high temperatures, the skin of the salmon will shrink – to stop it from changing shape, you need to gently press the fish from above with a silicone spatula for about 15 seconds.

Fry from the skin until the protein in the salmon is cut to do the thickness of the fillet. Then gently turn over and fry only a few seconds. The whole process of frying salmon fillet weighing 200g should last no more than 4 minutes. The perfect salmon has a crispy crust and is slightly raw inside.

How to lose belly fat

Team RootzUnderground.com - 2 February 2020
0
Do you want to quickly lose belly fat but don't know how to do it? The internet is full of training plans and dietary...

How to stop coughing

How many people are in the world

How to lower blood sugar